Have you ever wondered what is in a place that is home to several of our brilliant sportswomen who have brought laurels for the country across sports and international events !! Kunjarani Devi, Mary Kom, Bombayla Devi, Sarita Devi, Sonia Chanu,  and all those bright stars in the women’s national football team and national hockey team! Indeed they come from the jeweled land in India – Manipur; Well, apart from the sporting talent it is also about the Imas (mothers) who have nurtured them and the natural inheritance of grit and determination that a Manipuri woman is blessed with. Walk with me through the photo story and feel the warmth, the courage and we mean business attitude !!

It is no mean feat for these 3000+ Imas to run Asia’s second largest women’s market –Ima Keithel or Mother’s market selling almost everything starting from vegetables, fish, utensils, savouries, clothes and the list is endless. They have been there for nearly 4 centuries, battling all odds, fighting the British, thwarting eviction, negotiating with the government until they finally found place in the new buildings with bright red pagodas adorning the roof !! During my recent trip to Imphal, I spent a good 3 hours in the market also known as Khwairamband Bazaar, looking around, chatting, stopping for a plate of food and picking up shawls, authentic chillies (U-morok) and some bamboo stuff. Around 9.30am in the morning some sections were bustling with activity and women impeccably dressed in traditional Phaneks (sarong) and Innaphis(Shawls) with sandalwood marks on their forehead were down to business. Be prepared for some bargaining and haggling 🙂 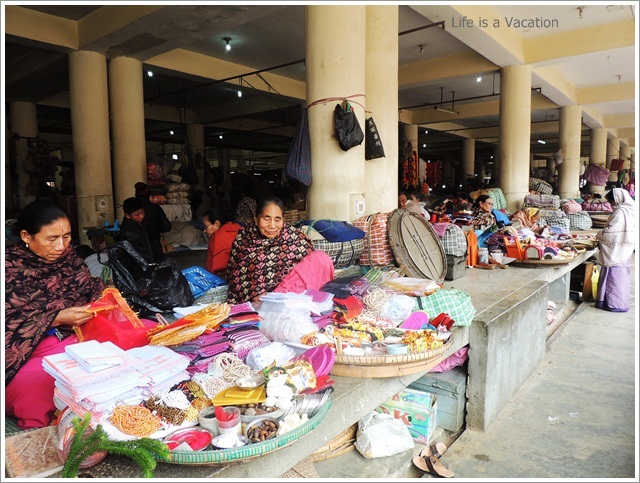 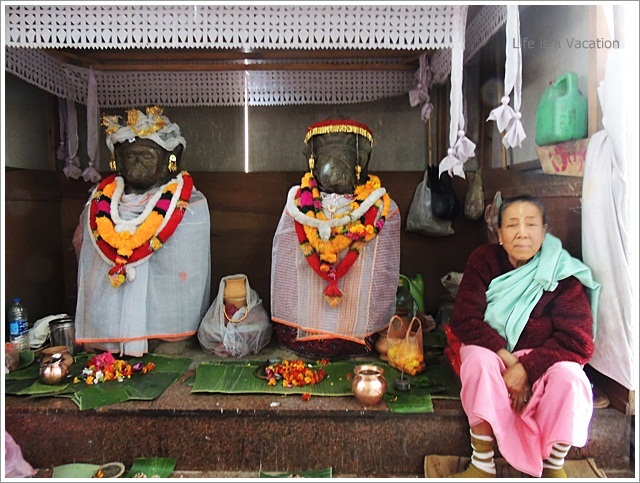 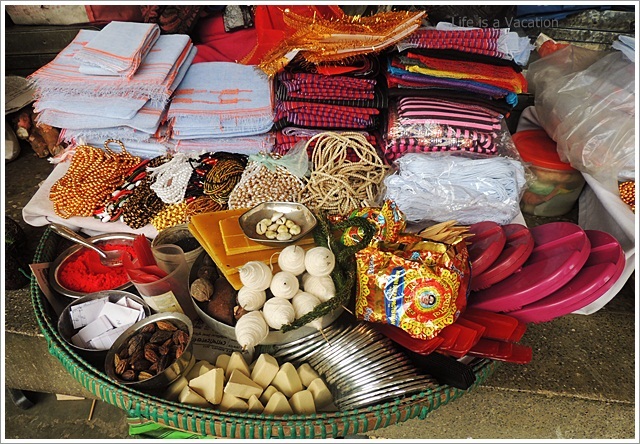 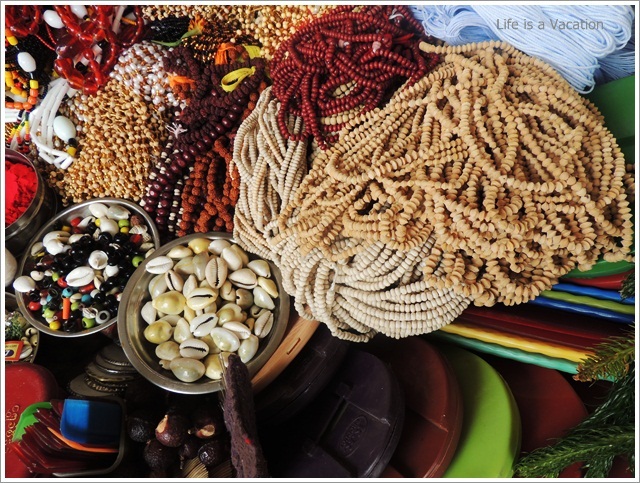 Earthenware, mostly hand made being painted to perfection 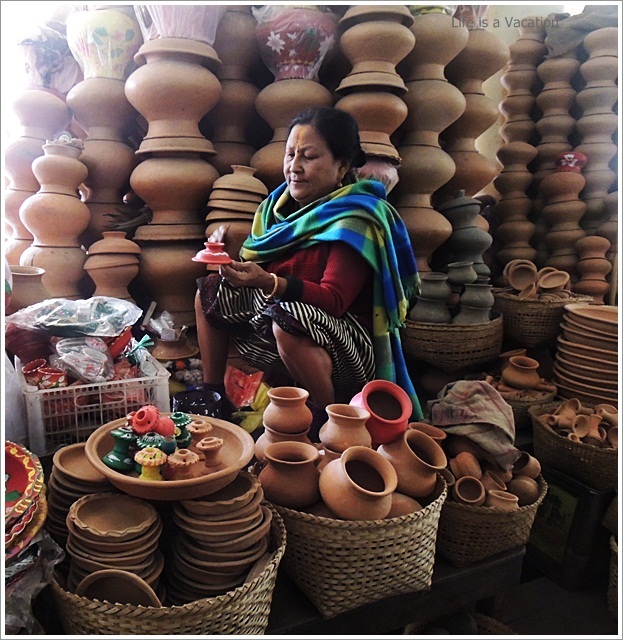 The garden fresh vegetables and the famous Manipuri Morok (Chilly) 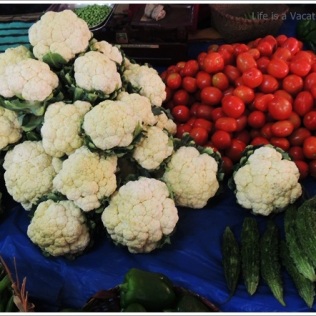 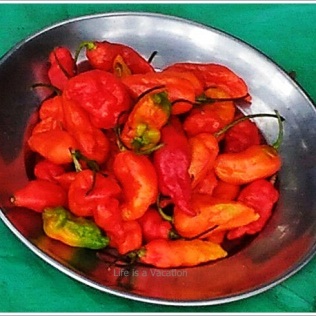 Fishes – some dried , some fermented and the snails to be relished 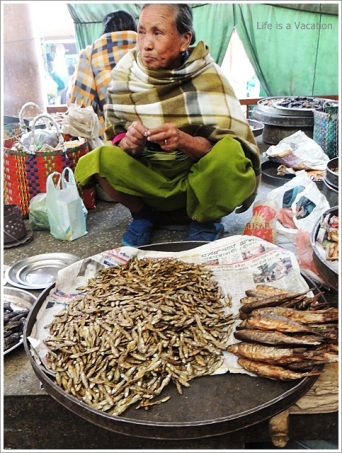 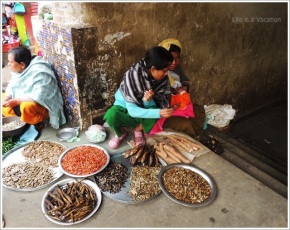 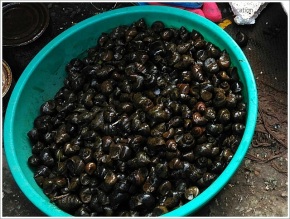 Smiling and battling the morning chill with some love and laughter. While most speak the local language some do speak a spattering of Hindi 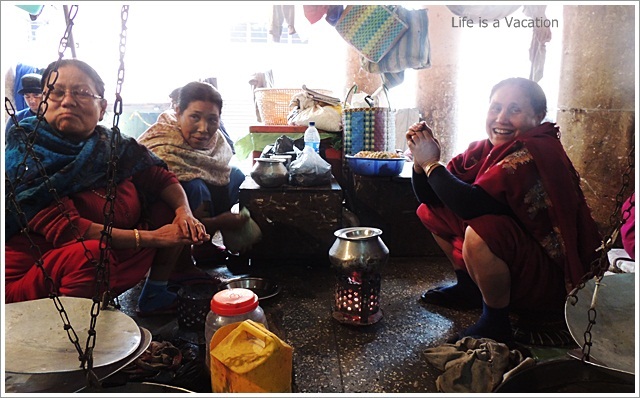 With banana leaves in abundance, cooked food is not far behind, my mid morning brunch is all set with some singju (salad); fish fry(Nga Ataoba) and fried roti (Tan)…. 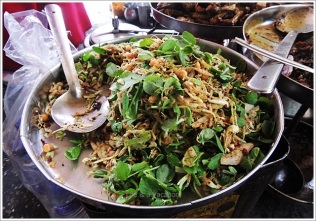 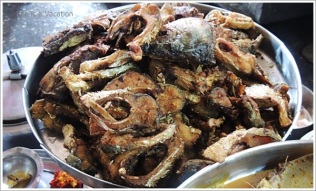 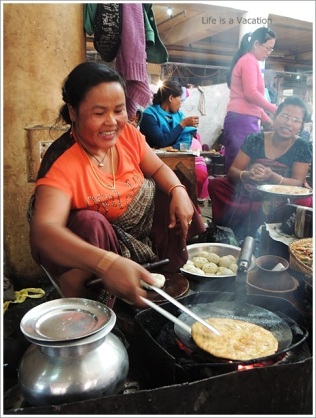 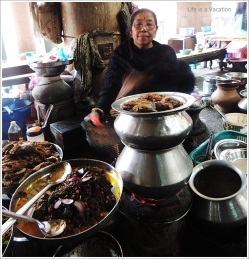 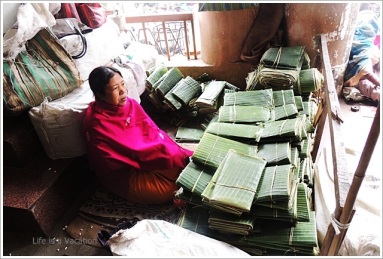 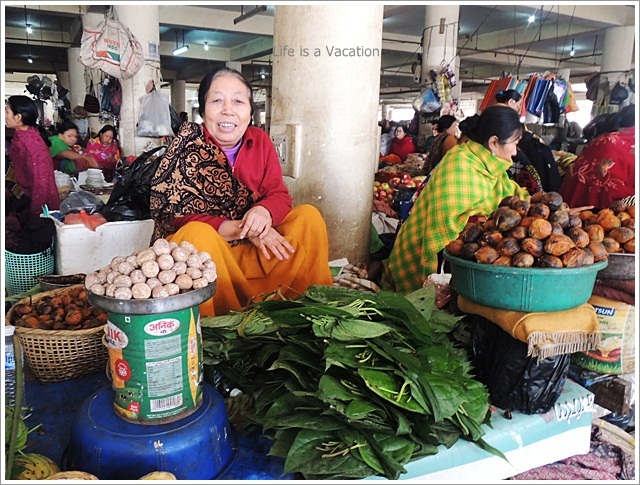 Sweet to savour and what better than the jaggery coated puffed rice that I literally stole from the kitchen and munched on many a winter afternoon with a comic in hand under the bed, away from prying glances 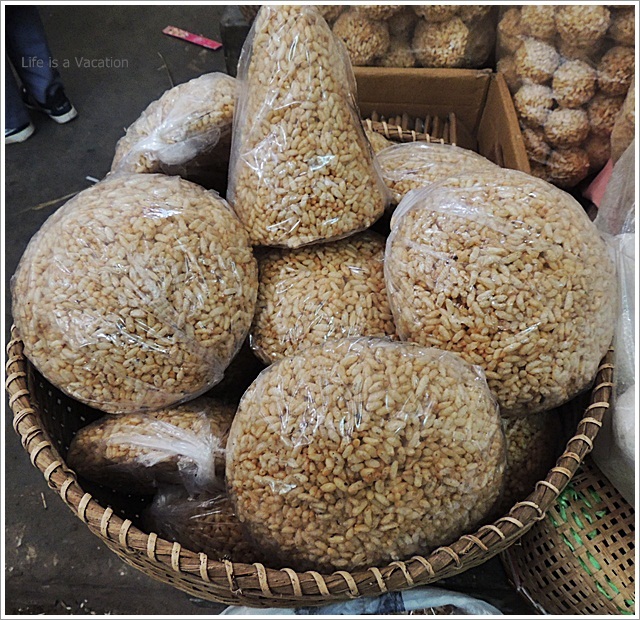 The colourful shawls, scarves, phaneks, innaphis to take your pick and not to forget a small bamboo basket to remind me of the Ima’s of the land 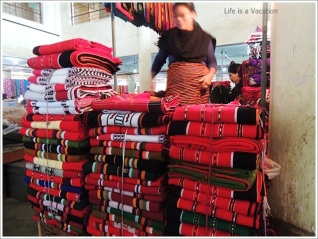 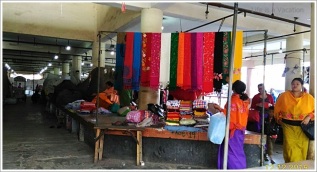 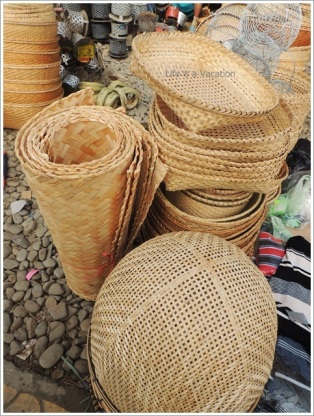 After 3 hours my guide Yaiphaba was a tad bit restless for he has not seen a crazy market traveler like me. I make my way out with one last bow to the women of age who assured me that this country still has hope for the security and safety of women since resilience can be challenged but not squashed and North East will show the way… 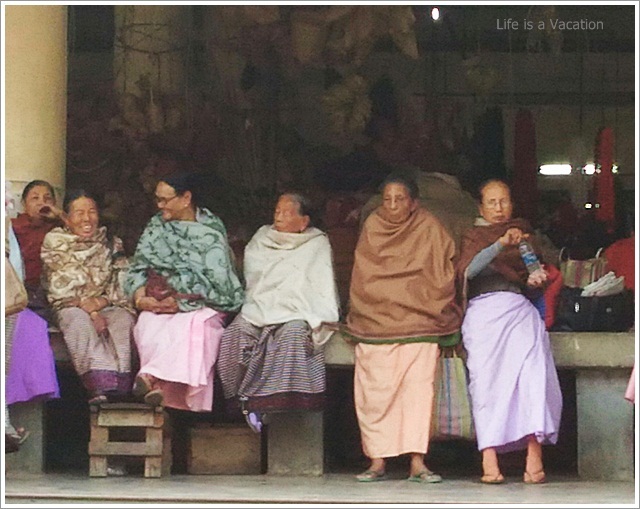 This walk was organized by Yaibhaba (Yai) of Imphal Walks. He accompanied me, stopping to explain at every step and often intervening as a translator. If you are in Imphal, this is a must visit place and I would strongly recommend Yai as the guide

Travel Tip: Imphal is well connected by air from Delhi, Guwahati and Kolkata. The international airport is the future base as we open our doors further East with Myanmar. The nearest rail head is in Dimapur(Nagaland) which is a good 6-7 hours away. If all goes well, Indian Railways will soon reach Imphal.  It is also connected by bus to Kohima (Nahaland); Silchar and Guwahati in Assam.

The weather is temperate and pleasant through the year except for the monsoon months. However, the best time to travel is October to April; Aug-Sep.

14 Responses to Of the Women, By the Women, For the World; Ima Keithel, Imphal